Our Club's aims are to:

• Learn collaboratively about the history, heritage and archaeology of Norwich and Norfolk

• Be actively inclusive – open, accessible and welcoming to all 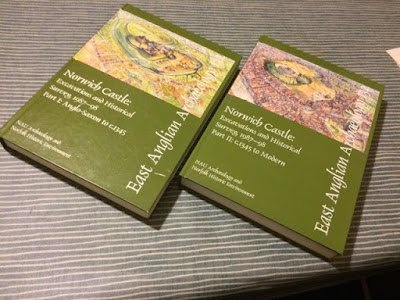 It was good to explore the site of the former Norwich Castle earthwork defences with Club members earlier today. Walking around the Castle Mall gardens gave us a clear impression of the huge extent of the original southern bailey. During our exploration I mentioned the breadth and depth of the archaeology that came from the construction of the mall. This is illustrated by the size of the two Castle Mall reports pictured above. Today, we literally scratched the surface of this archaeology. I think we may return at some point in the future. 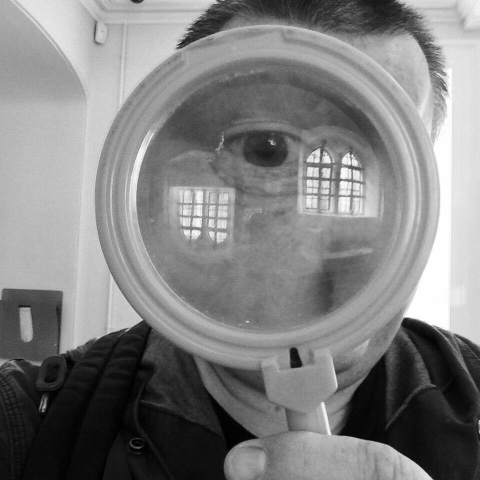 'On the day when the latest GCSE results are out I'm reminded of the fact that my school disbarred me from doing the equivalent of a GCSE in History because it was deemed to be too intellectually demanding for a scumbag like me. Many of us discover a love for history DESPITE, not because, of a sausage machine education system. I hope that my modern-day equivalents don't write themselves off. Learning is a lifelong journey.'
Colin Howey
Chair
Norwich Community History Club
25.08.2016
Posted by Colin Howey at 11:16 No comments: 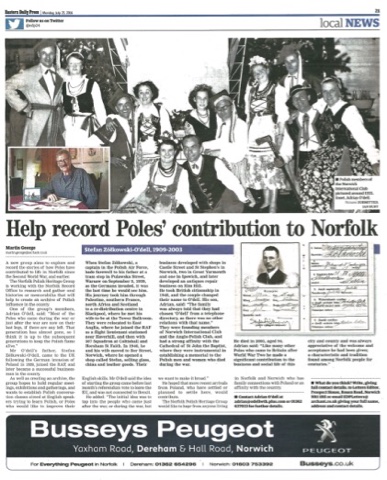 We have been contacted by Adian O'Dell from the newly-formed Norfolk Polish Heritage Group who are keen to get in touch with people within Norfolk with a Polish heritage. Here's what Adrian says:
'We would be very grateful if you would forward the attached EDP/EEN article about the newly-formed Norfolk Polish Heritage Group to your members. The HPHG has the support of Norfolk Record Office.

We are keen to contact individuals living in Norfolk who have family connections with Poland or an affinity with that country to help us explore and record stories behind the important contribution that Poles have made to this county since World War II or earlier.

Thank you in advance for your co-operation and we look forward to hearing from some of your members or people they might know in the near future.


Adrian O'dell (born Zolkowski)
on behalf of NPHG'
If you wish to make contact please email me at howeychoosetouseit@gmail.com and I will forward your message to Adrian.
Best Wishes,
Colin
Posted by Colin Howey at 20:02 No comments: 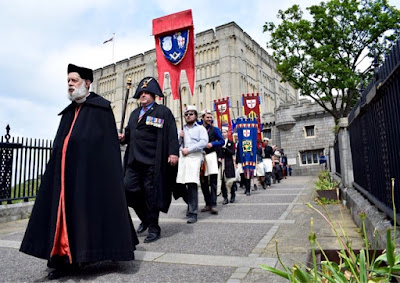 I am in the interesting position of being the founding Clerk of a craft guild - the Norwich-based stonemasons' Guild of St Stephen & St George.

Next Wednesday (3rd August), 10:30-12:30 on the first floor of the Millennium Library (tables near the stairs) I will be leading a free session about craft guilds - their history and relevance to today's world. There are still some places available. If you wish to attend this, please email me on stonemasontraining@gmail.com to book a place. Hurry up though - places are filling fast!

Annette Carson is an award-winning author who lives in Horstead, Norfolk, and has sold over 50,000 non-fiction books on subjects including aviation, music and history. Since 2008 she has been researching and writing about King Richard III and is best known for her book Richard III: The Maligned King which relies exclusively on primary historical sources.

In 2011 she was invited to join the Looking For Richard Project, to search for the burial place of Richard III, based on her assertion in this book – which turned out to be correct – that Richard’s grave was probably to be found underneath the Social Services Car Park in Leicester. Since then she has published three more Richard III books and gives talks about the controversial king. She’s had particular success with a little book entitled Richard III: A Small Guide to the Great Debate, which explains to the general reader what the controversy is all about.

Her talk on August 16 is about how it’s possible to find the real Richard III if you set aside the propaganda that gave him a black reputation. 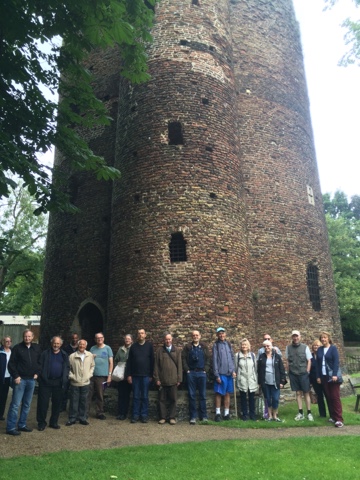 Here are some of our History Club members, posing by Cow Tower, during yesterday's River Walk. We had a good meandering ramble along the River Wensum ('Wensum' Old English, meaning, 'winding'), pausing to note things of interest as we went. Lots of laughter and lots of learning - a great combination!
Posted by Colin Howey at 06:36 No comments: 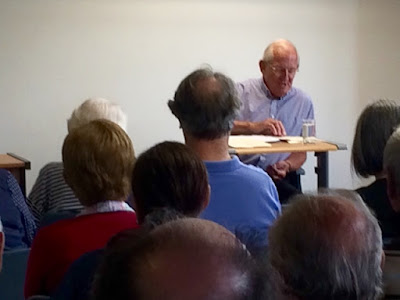 Another inspirational talk by club member, Roy Howard, talking about his life and achievements. What comes across to me is his persistence and irrerpressible sense of humour and entrepreneurship.

Add your email below to receive updates